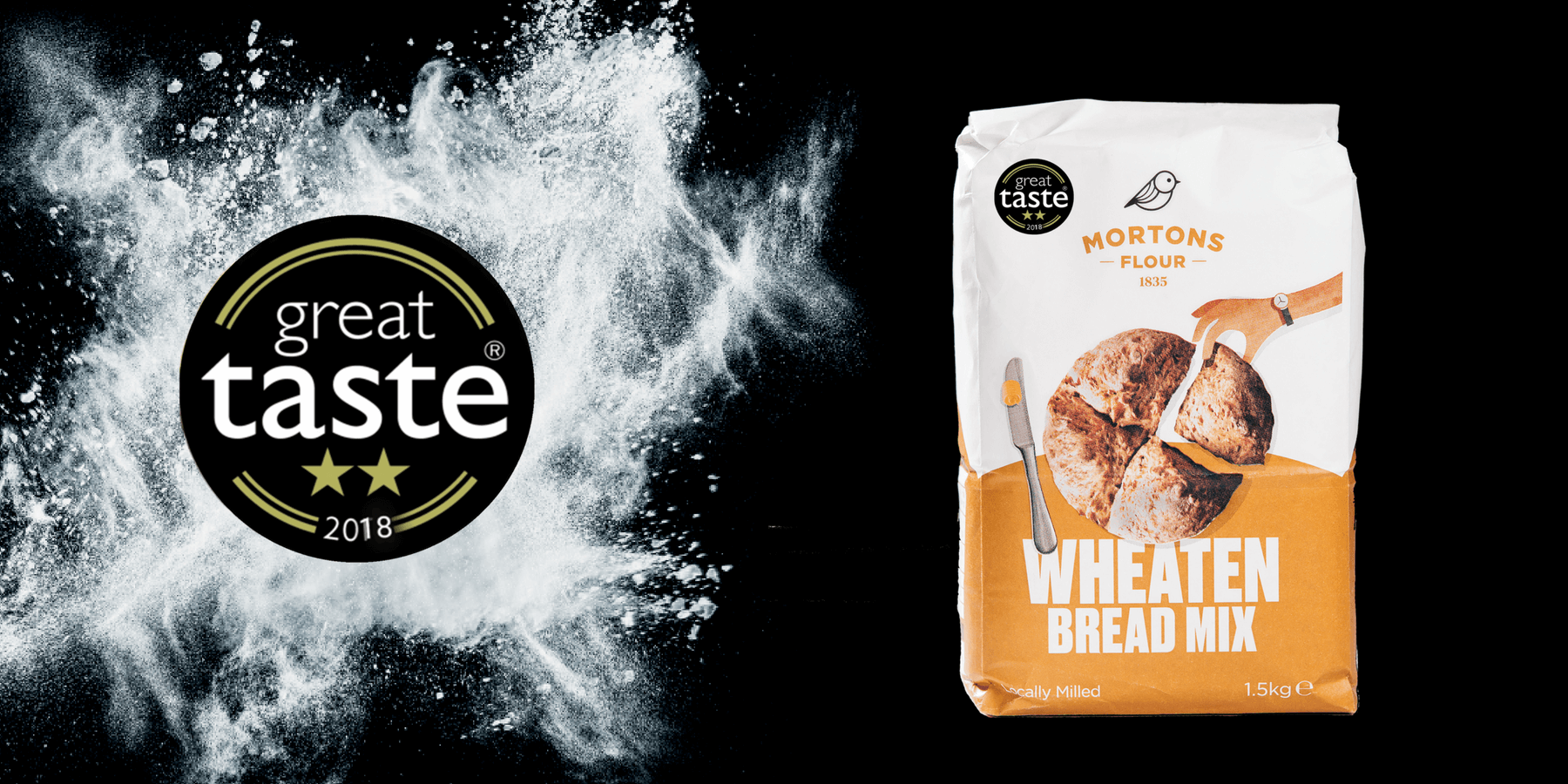 Mortons products have been a firm favourite with local home bakers in Northern Ireland for decades, so it is of no surprise that the much-loved Wheaten Bread Mix has recently been awarded not one, but two gold stars at the Great Taste Awards for 2018.

The world-renowned panel of judges described the mix as ‘splendidly scented…with full wheat aroma’. When the mix was baked using the Mortons buttermilk recipe the judges continued to comment on the ‘superb flavour and texture’ of the bread and also noted the ‘well bound crumb’ which makes the wheaten bread so flavoursome.

The mix was first developed in the early 1950s in Ballymena by the late Managing Director of Mortons Flour Mills Ltd, Tom Hannan. Tom and his team worked tirelessly after identifying a demand for the popular Irish Wheaten Bread with home bakers and felt they could satisfy this market by producing an easy to use, no fuss Wheaten Bread Mix.

The mix was trialled in the mid 1950s and proved such a success that Mortons immediately began production and often found it hard to keep up with the level of demand!

Today, the Wheaten Bread Mix continues to be as popular with their loyal customers as it was in the late 1950s. The recipe is simple, requiring only the addition of milk, or buttermilk, to create a dough which should be placed onto a baking tray and baked as a bannock for 35 minutes.

The website also features great recipe ideas and videos for the versatile Wheaten Bread Mix which can be used to make scones, loaves and other delicious treats. Check these recipes out on our recipe centre.

Just like these recipes, the Mortons Flour brand has continued to evolve and align with the trends in the market whilst never straying from their core values of simplicity, tradition and quality. Most recently, Mortons identified an opportunity to rebrand their range of products.

Hitting the shelves in July 2017, the Mortons Flour brand received a positive reception from their loyal customers and, most notably, from the branding industry itself. The brand has since featured in The Dieline in October 2017 as an example of great branding.

Mortons hope to continue their success next year where they will be entering new products into the prestigious Great Taste Awards in the hope of achieving another industry accolade for their premium flour products.